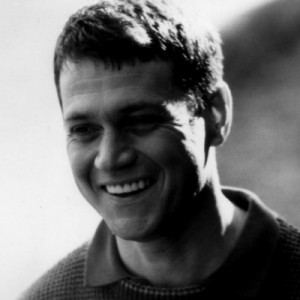 Posted by Alice Groves on Nov 29, 2014 in Testimonials

I could write a reference for Alice Groves in one simple sentence: Alice is the best student I have ever taught.  I write this as someone who has headed creative writing department at an arts school in the U.S., three colleges in the U.K., and been a lecturer for four years at University. No other student has had the drive, the innate compassion, the near-ecumenical ability to bring not only different cohorts, but different levels, and different departments together and inspiring dedication and commitment, and raising the level of the work.

From her very first week in college Alice impressed me with the quality of her work, her commitment to the course, and her talents as a filmmaker. She has the skills to excel to the highest level: her organizational skills are preternaturally advanced and these have not gone unrecognized by students in higher grades and, indeed, by her supervisors during work placement, who have continued to offer her work outside the remit of the work placement. Her work ethic, her conscientious approach to gaining and improving her technical acumen, and her emotional intelligence have made her an ideal student, and also prospective film practitioner in whom I have unwavering confidence. But her enthusiasm is what truly sets her apart—her joy and alacrity have been infectious.

In only her first year I have enlisted Alice to work on projects outside of college. As a founder of the Trash Cannes Festival I chose her, easily out of all the other students, to work on the management and the production of the video documentation. Also, she has worked on music videos for a variety of recording artists, including Jess Bryant and Duncan Reid, and numerous extracurricular promotional and instructional videos for national and local charities, including Age Concern, P3 (for at-risk teens), and Hillingdon Association of Voluntary Services. Alice has taken the lead on these projects, working with the administrators, and organizing and motivating a crew.  Academically, Alice won the Outstanding Student Award in her cohort, Outstanding Student of her year, Outstanding Student in the Media Department, and Outstanding Student of the entire Uxbridge College system.

Recently Alice has pitched a business plan to UnLtd Co. and was awarded a Social Enterprise grant to form a production company to make tutorial videos. The representative in charge told me afterward that the pitch was the best she had seen, far surpassing the pitches she had seen from graduate students. This is a lucid example of Alice’s maturity, professionalism, and dedication.

Alice’s attendance and punctuality have been flawless. It is without hesitation that I recommend Alice Groves. Any university would indeed be lucky to have her, and any one would be made better for knowing her.